Picking up where I left off last week.

On Tuesday morning, our second day in Colorado, we decided to head to Boulder. Boulder is only about an hour’s bus ride from Denver. I’d been told by a number of people that Boulder was worth a visit and Chris, who’d been there before, concurred so off we went.

This is what greeted us on arrival. 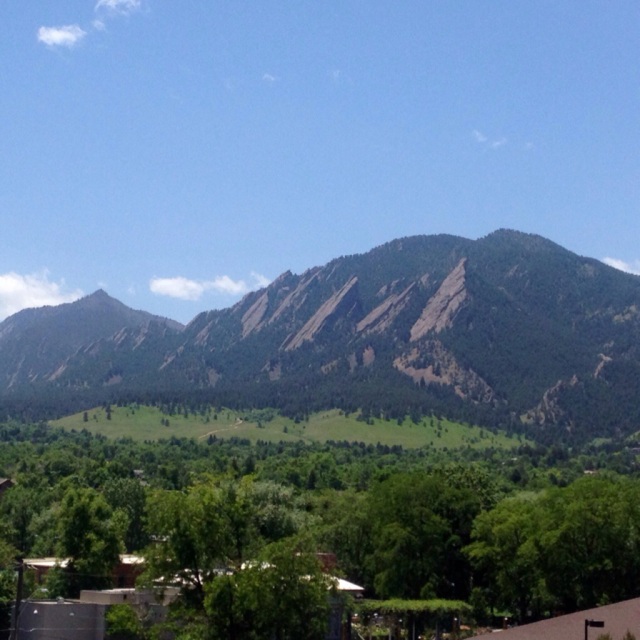 Boulder immediately had a different feel to me than Denver did. First, it’s the home the University of Colorado so it’s got a bit of a college town feel. Second, it’s much smaller than Denver and felt more like a big town than a small city. We strolled the main drag and flitted in and out of all these adorable little shops before heading to the pedestrian mall to stroll some more. 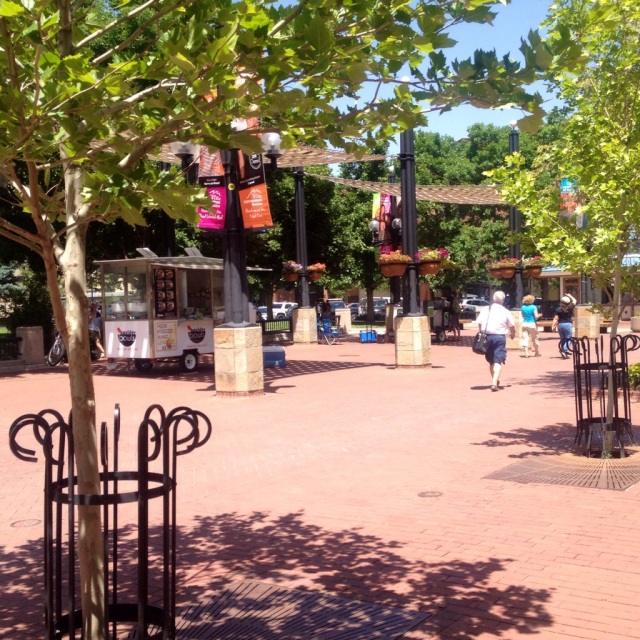 Finally we’d worked up an appetite and since we’re craft beer lovers, Chris wanted to take me to the Mountain Sun Brew Pub.

Mountain Sun operates under a very cool concept; every employee there does every job. So the person taking your order may have cooked the food yesterday and may be washing dishes tomorrow. I really like this idea as it gives everyone an appreciation for each job and an understanding of how the whole process works. We each had a super delicious beer and Chris ordered a burger, his theme of this trip, while I went with the blackened chicken quesadilla.

The quesadilla was really fresh and tasty and they served it with plenty of guacamole and spicy green chilies, both of which are sure ways to my heart.

Fueled up on food and beer, we decided to take a walk/hike along the Boulder Creek Path. The reasons I refer to is as a walk/hike rather than a hike are twofold. First, parts of it are paved liked sidewalk while parts are dirt path. Second, I was wasn’t prepared for a hike and was wearing those super flat thong-type sandals. Though the terrain was pretty flat, my feet were killing me by the end. Still, I kept insisting we go just a bit further as the pain in my feet was worth it for the views. 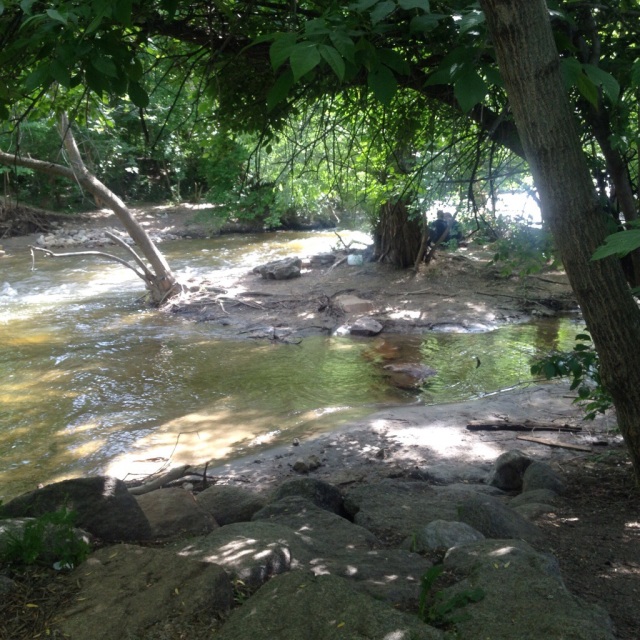 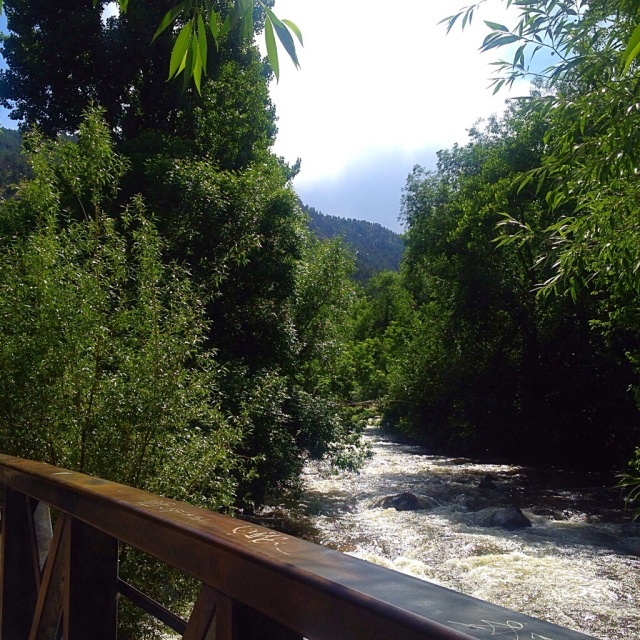 Finally, it was time to head back to Denver.

We were exhausted and hungry by the time we got back to Denver so after quickly freshening up at the hotel we headed out to dinner. We ended up at Lucky Pie, which Dan had recommended to us.

Now I must digress. You may have heard me talk about Pizza vs. “pizza” on this blog before so let me just give you a quick refresher. In New York and New Jersey we eat Pizza. In the majority of the rest of the country they eat some sort of cheese/bread/sauce combinations which they refer to as pizza, but which is actually “pizza.” Here’s something important to note though, while “pizza” is not Pizza, it is comprised of carbs and cheese so it’s very often delicious in it’s own right. Ok back to my previously scheduled posting….

We started out by splitting the braised lamb meatballs with fresh mozzarella.

The meatballs were delicious and the texture was perfect. As Jersey kids, Chris and I are pretty particular about all Italian-American food and we both gave Lucky Pie’s marinara high marks.

For the main act we ordered the Napolitana pizza which featured spicy salami, chilies, roasted garlic and smoked mozzarella. 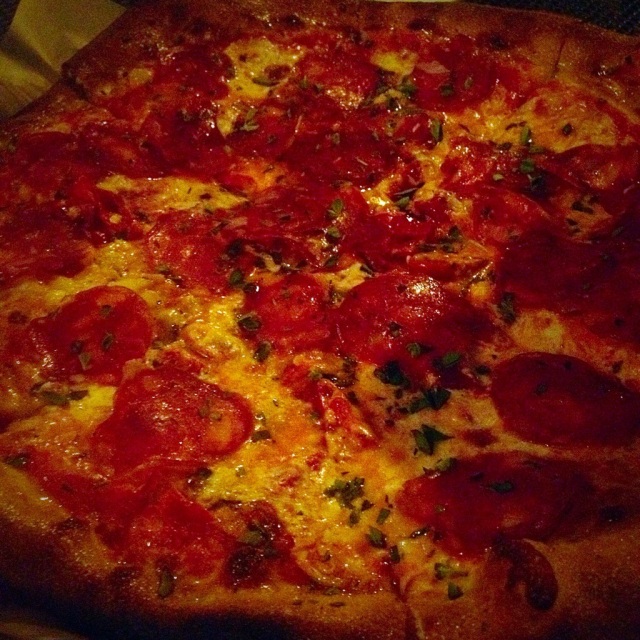 As expected it was “pizza” and not Pizza, but man what delicious “pizza” it was! The spicy salami and chilies had just enough kick which was balanced perfectly with the rich, slightly smokey cheese and just a hint of sweetness from the roasted garlic. It was a meal we both very much enjoyed.

After dinner we took a quick stroll down Denver’s 16th street pedestrian mall. I didn’t see much of Denver so I don’t have much to go on, but the 16th street mall was my favorite part. I love how cities in Europe so often have pedestrian malls and I wish more major American cities had them. A big thumbs up to Denver for having a pedestrian mall. 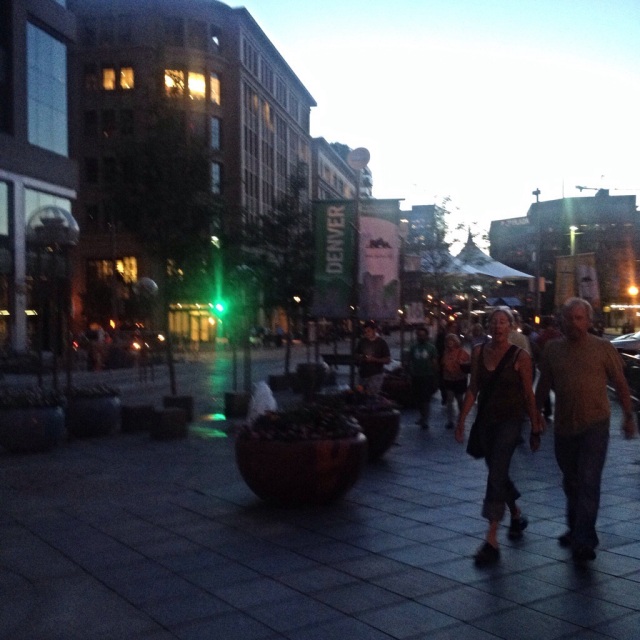 At this point we were walking zombies and were ready to call it a night especially as we planned to be up bright and early the next day for our 6 hour drive to Telluride.

Have you ever visited Boulder, Co? If so, what was your impression of it? Do you enjoy pedestrian friendly cities or do you prefer being in your car?